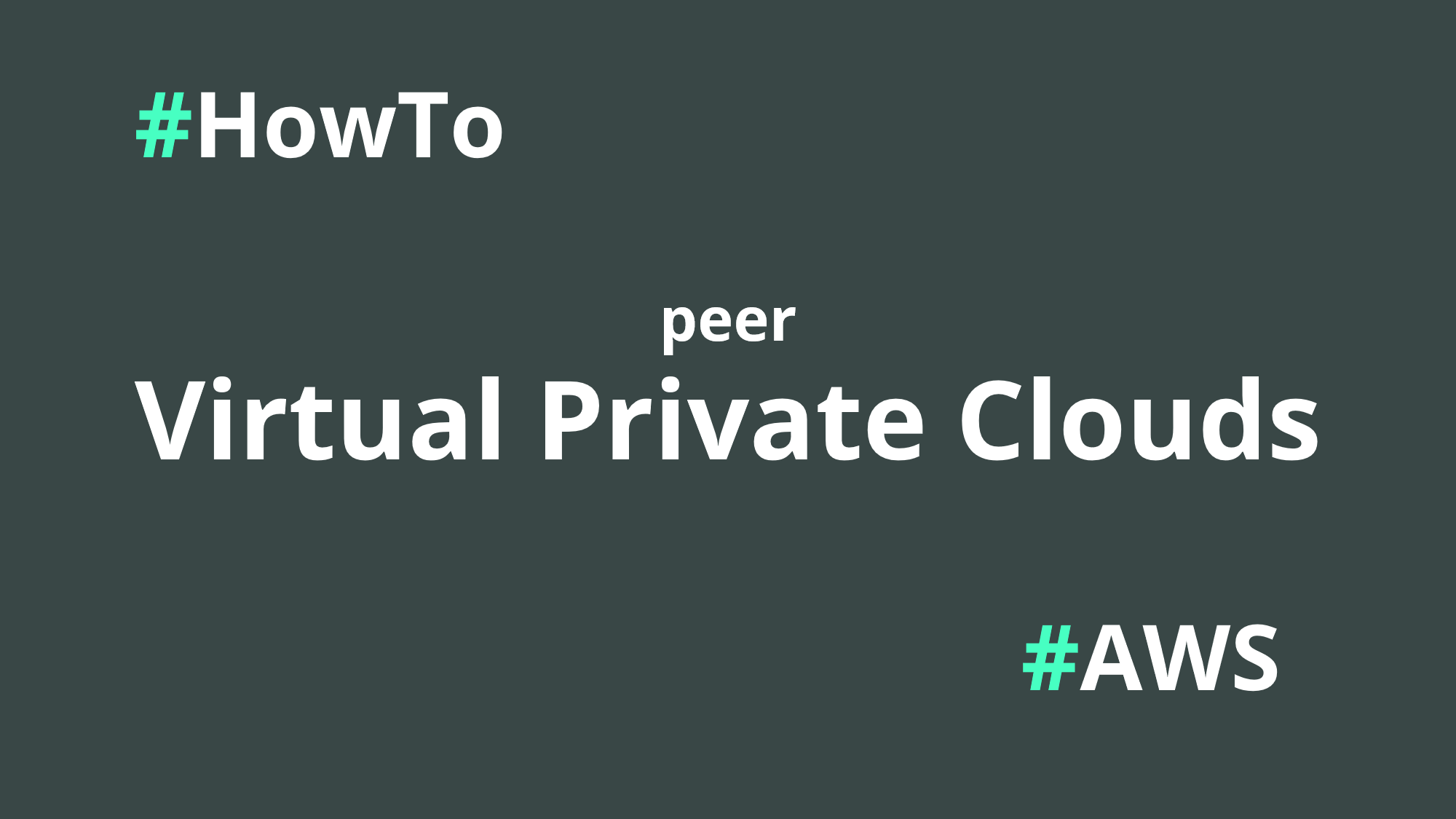 Cloud computing is a modern technology and can be widely used. Data backup, virtual desktops, software development, data analysis and testing, just to name a few. Still, some concerns can be found spread across the internet about data property, data security and privacy. However, the Virtual Private Cloud (abbr. VPC) can support here because it is logically isolated from other AWS virtual networks. Thus, AWS resources can be launched into a virtual network that you define to your needs. This virtual network layer for Amazon EC2 is similar to a traditional network but with the advantages of scalable infrastructure. Therefore, its key concepts are subnets, route tables, internet gateways, and endpoints. For routing traffic using IPv4 or IPv6 addresses between VPCs is called VPC peering, but it is not a gateway or a VPN connection. VPC peering connections can be created between different VPCs of your own or between your own and another AWS account’s VPC or even between different regions.

Consider an example, where the following scenarios are given: On the one hand, common, central tools needed for development like GitLab or Artifactory need to be accessed by different teams. On the other hand, some teams need to share their services with others to proceed on a project. Moreover, access is needed for testing purposes to the service(s) to be tested and to the central tools.

The scenario of decentralized resource targets to enable full sharing of resources between all VPCs. For instance, considering multiple departments or multiple services owning VPCs each, maybe also in different AWS accounts, but they all should have the same access to resources like in a file-sharing network. This means that the entire CIDR block of the peer VPC(s) needs to be accessed by your route table. 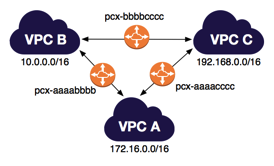 The scenario of centralized resource targets to enable one or more resourceless VPC(s) partly or fully accessing one resourceful VPC. For instance, consider sharing a VPC with your customers, where a VPC peering connection is created for each customer. Each customer is not aware of the other customers’ routes and the customers cannot route to other VPCs, like in this graph: 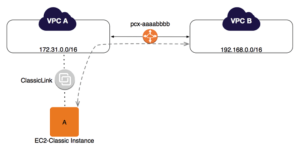 How to peer between resources in two different VPCs

Given the scenario of different accounts and one of them is our testing account which needs to access the others for running test cases. Meaning that we have decentralized resources like the repositories with their own VPC and even their own AWS account. The accounts to be tested allow cross-account peering and are referred to as the accepter accounts and the testing account requests the peering connection and is referred to as the requester account.

Firstly, we need to create a VPC by choosing AWS CloudFormation and Create stack in the AWS Management Console for the accepter account. The provisioning template for the accepter account includes version, description, the peer requester account ID, outputs and to be defined resources like VPC and peer role handling the reference to the peer requester Account ID and policies. Here is an example of how the provisioning template.yaml can look like:

Source: Peer with an Amazon VPC in another AWS account

Then, type in a stack name and the AWS requester account ID in the PeerRequesterAccountId field and accept the defaults if you like. Furthermore, you can apply more restrictive policies under the policies path.

Secondly, create the template to peer the VPC using the requester account. Go to the AWS CloudFormation console and again create a stack with the following template.yaml as counterpart to the above:

Source: Peer with an Amazon VPC in another AWS account

For enabling the DNS resolution within the VPC peering with the AWS CLI, you can use the following console commands:

One for the accepter:

And one for the requester:

Recap of the steps done:

What is Amazon VPC?

What is VPC peering?

Peer with an Amazon VPC in another AWS account