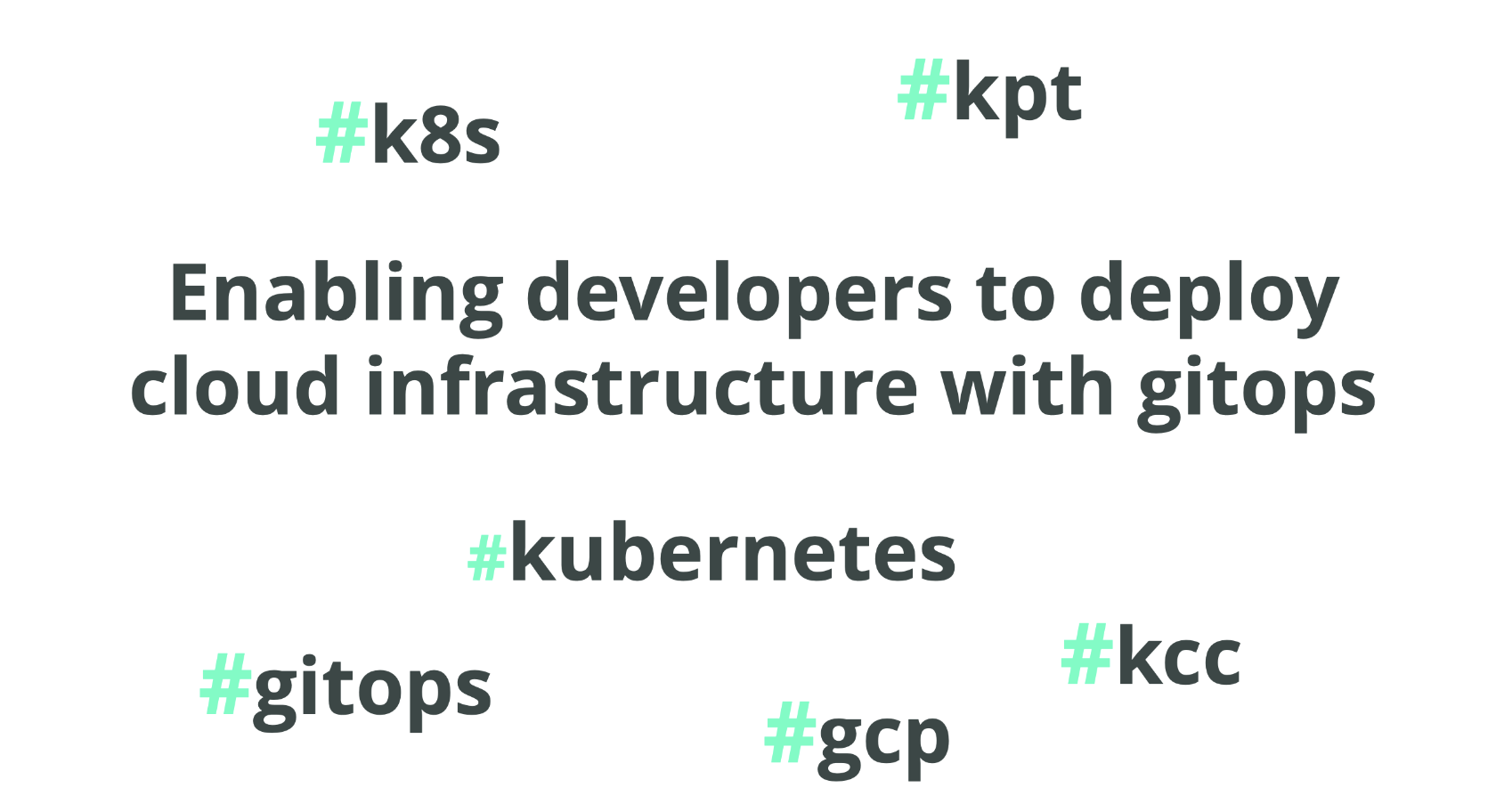 Typically, developers in a company are highly dependent on operators to set up new applications or create the necessary infrastructure for their applications (like databases, load balancers, cloud storage buckets, etc.). Depending on a dedicated platform team either stems from a restricted set of permissions the developers are granted or simply from a lack of knowledge concerning the setup of infrastructure. This is true for cloud environments as well, even though a database could be set up by clicking a web form in the online console. As a result, setting up prototypes, new applications or extending existing ones has been time-consuming  lately and the need for a better solution within our company arose.

We wanted to enable developers to set up new applications and the underlying infrastructure with as little effort and as fast as possible. There should be no need for excessive onboarding sessions, knowledge transfers, or dependencies to SREs to get to know the details on cloud services and how they work internally for getting everything up and running. At the same time, we wanted to maintain a certain amount of consistency and control of what the provisioned infrastructure looks like.

The solution we had in mind to achieve this vision is as simple as executing a single CLI command for a new service plus every infrastructure component the service depends on, setting some parameters for the service, and triggering a CI/CD pipeline.

Let’s dive deeper into all the moving parts involved to make this solution work.

The final element which completes the holy trinity of config management is KPT. KPT is a package manager for Kubernetes configuration files. It offers functionalities for fetching and updating packages from git repositories and features for rendering and transforming packages (a set of k8s YAML files) using containerized functions.

How everything fits together

The following shows an example of the steps a developer has to execute in order to deploy a completely new service that needs some RDS, cloud storage, plus external ingress to the service:

And that’s it! After triggering the deployment pipeline, the new application can be reached from the internet. It can persist its data in a dedicated database and a cloud storage bucket exclusively created for this application.

This was just a very rough high-level overview of our deployment infrastructure. If you are interested in more details, for example how we are using this setup to dynamically provide short-lived environments (for example just for executing tests against feature branches) or how our blueprints are working in detail, just leave us a comment and we are more than happy to address your questions in follow-up blog posts!