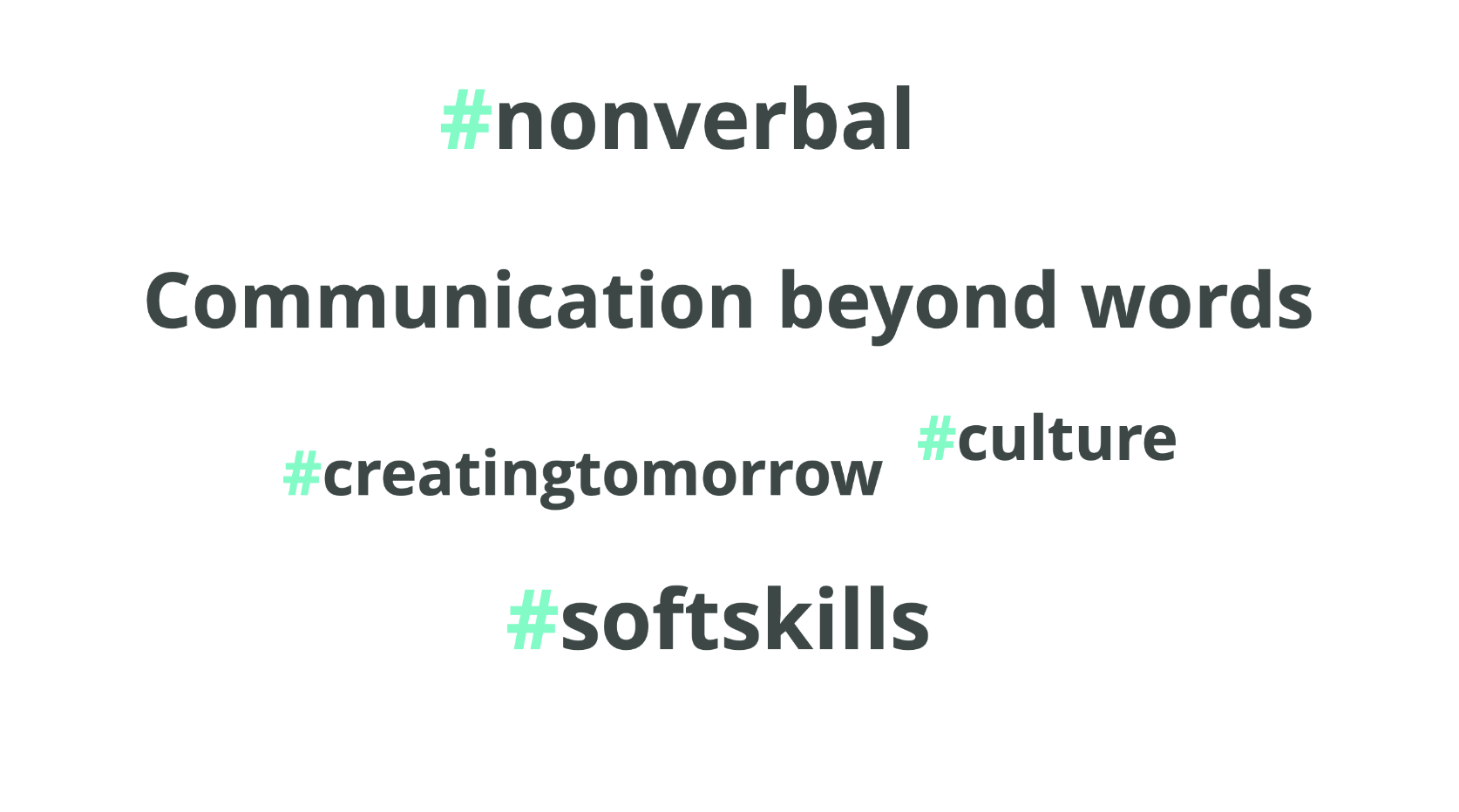 Especially after experiencing several lockdowns during the last two years, most of us desk workers know the difference between video, audio-only, and onsite meetings. It’s much harder to follow a conversation and to remain alert and attentive when you have audio-only. This is due to the fact that nonverbal communication makes up a large percentage of our conversations. Although scientists are still arguing about the exact number, it’s a fact that many feelings are communicated nonverbally and it’s impossible not to send nonverbal messages during communication 😜.

Nonverbal communication includes body movements, body orientation, the tone and pitch of the voice, facial expressions, eye contact (or lack thereof), details of dress, gestures, and so on.

Very often, nonverbal communication largely reinforces the words spoken – tone of voice, body language, and facial expressions often say more about how people really feel than the words coming out of their mouths. In face-to-face conversations, nods and smiles keep conversations going automatically and provide feedback at the same time.

Lots of great articles and blog posts already exist on nonverbal communication as well as a huge variety of training programs. Thus, today we’ll talk about some cultural differences as it can’t hurt to know a little bit about cultural particularities in these times of globalization.

In the Western culture eye contact is a sign of confidence and interest, but is often seen as rude or challenging in Asia or the Middle East. Additionally, a lot of Eastern cultures strongly discourage women from making eye contact with men as it would be perceived as sexually alluring.

Nodding your head and pointing your finger can have different effect in different cultures. The safest way is trying to avoid it, but if you cannot go without it, be aware of what it means in the respective cultural context. For example, Greeks don’t nod and shake their head to communicate in the same way as the English-speaking West. For a ‘no’, they just tilt the head backward once; nodding the head forward means ‘yes’. Pointing your finger is considered impolite in several European, Latin American, and African nations. If you want to know more about these hand gestures, have a look here.

Smiling is the most universal sign for expressing happiness, even though in some Asian cultures or Russia business people try to remain neutral also in their facial expressions. Nevertheless, we most probably know from personal experience that smiling even slightly can already have a beneficial effect, but a true smile has the power to make all the difference in a conversation. By the way, not only does your counterpart benefits from your smile, but smiling has a highly positive effect on you as well. If you want to know more about the positive effects of smiling, see here. However, there is also a small downside because we aren’t always able to distinguish between false and real smiles. Here is a great article on the science of smiling and the different types of smiles. 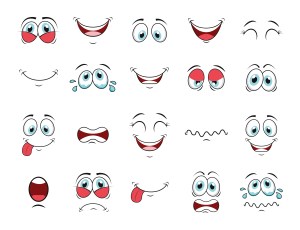 There are a lot of theories on what clothes to wear on certain occasions, but if you’re not sure, just dress more conservatively, try to face people when they are speaking, and avoid slouching when sitting. When you keep that in mind, you’ll cover most. However, the need for personal space varies from culture to culture. In general, there are several ‘distance zones’ to consider, from intimate distance to personal, social, and public distance. If you want to know more about what is also called proxemics, see here.

Shaking hands and tapping on one’s shoulder has mostly stopped during Covid-19 times and especially in the business world you’re always on the safe side to restrain yourself from touching – you can always use your smile to compensate for that 😉 .

To sum this up, we all communicate nonverbally and it’s wise to pay a little attention to how we do that, especially when people from different cultural backgrounds are involved. The most beautiful gift you can give to your conversational partners is definitely a smile! 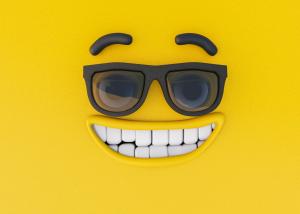